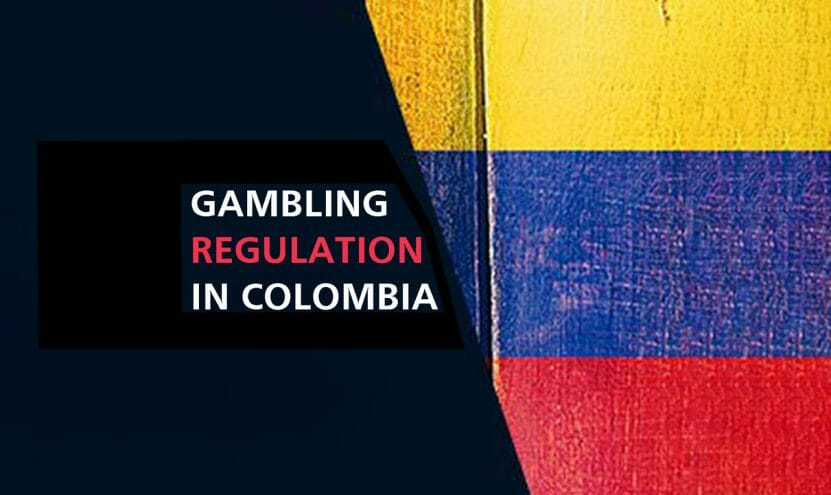 Colombia is breaking records and leading the way as the first Latin American country to regulate online gambling.

The gaming industry in Colombia is a monopoly regulated by the Congress of the Republic in 2001, which has led the country becoming a benchmark in Latin America. The structure of the law allowed the local regulator (Coljuegos) to issue efficient regulations, with total autonomy and independence, creating legal stability for investors and an environment whereby the investments of all market participants are protected by a regulator open to local and international operators to facilitate their operations in the country.

The greatest distinguishing feature of Colombia is that resources obtained for exploitation rights paid to Coljuegos by local and international operators have a direct impact on the financing of public health services in the Nation (more critical than ever after the outbreak of Covid-19 in Colombia).

By the end of 2020, it is estimated that the industry had grown to a total of 3.4 million active accounts, a GGR equivalent to US$ 171.42 million, increasing the revenue from exploitation rights to the regulator by reaching a total of US$ 25.71 million that They resulted in an increase of 84.1% compared to the previous year and in higher transfers for public health services in Colombia. As a result, more and more operators are interested in the Colombian market, attracted not only by an exponential and sustained growth of the industry, but also by favorable regulatory, corporate, exchange and tax conditions and individuals in Colombia, added to an openness and constant support from the Regulator to adapt the entry and licensing requirements for those operators interested in participating in the market.

The Covid-19 pandemic affected Colombia badly, making it one of the most affected countries in Latin America, with over 2 million infected and more than 55,000 deaths concentrated in the largest urban centers of Bogotá, Antioquia and Valle del Cauca, while the vaccination strategy is projected to start in February 2021. In March 2020, President Ivan Duque officially decreed isolation measures in the country, greatly affecting the operators of the land-based market comprised of operators of poker, roulettes, slot machines, bingos, casinos, table games, and sports bets in commercial establishments, as well as the availability of lotteries (which are sold by authorized persons on the streets), generating uncertainty in the market and a dramatic reduction in revenue to the Regulator, which reached a decrease of 96% for the month of May 2020.

However, given the importance of the industry and its direct impact on the health sector in the country, the National Government and the Regulator have adjusted the regulations to ensure the industry could navigate the negative effects of the pandemic. By implementing measures such as the suspension of concession contracts, payment agreements for payment in instalments of the annual fees of the concessions, regulatory “fast track” for the authorization of new game modalities and the strengthening of the portfolio of games operated over the internet the industry has not been too badly affected. The responses made it possible to offer new verticals such as the live casino and gives internet gaming operators some measures of economic flexibility in the payment of exploitation rights for up to 6 months.

The facilities granted by the regulator to local and international operators greatly reduced the impact on the sector, in the case of online gaming operators, thanks to the diversity of the portfolio of types of games allowed, participation in slot machines or chance increased to (16.52%), roulette (11.88%) and blackjack (8.81%) and given the suspension of sporting events at a global level, the concentration in sports and counterpart bets decreased to (57.94%) compared to the same period of 2019 that was close to (75%).

One interesting aspect concerns the regulation of live casino which, in just 3 months, experienced a growth of just over half a percentage point over the total of verticals in the country (0.51%). This shows that legal stability generated by the local Regulator for the different verticals has a direct positive impact on the concentration of bets and therefore, on the regulator’s income.

Colombia has seventeen current operators, official figures show an approximate turnover of US$ 1.9 billion, with a payout of 90%, equivalent to US$ 1.7 billion in prizes and a GGR Gaming Gross Revenue of approximately U US$ 190 million. These figures represent growth of 107% compared to 2019, with revenues for the Health System equivalent to US$ 26 million. By the end of 2020, 3.7 million active accounts were registered, with an average monthly ticket per player of US$ 60.There are, however, market segments that have not been fully exploited by operators in Colombia. Cross bets, which are authorized as a product that can be offered within the online portfolio, they require international liquidity to guarantee success. In this regard, the Regulator has presented proposals to the market since 2017, which, although they have met with resistance from local associations, have not prevented the Regulator from identifying clear signs that the market requires international liquidity to promote already authorized verticals.

The Colombian regulator has been at the forefront of regulatory issues and continued to listen to the operators in the country, recognizing that regulation has had a positive impact (as it was in the case of live casino in 2020). They understand that liquidity is key to the success of products such as cross bets and poker which they recognise is a great opportunity for a more mature market. By promoting competition, with an increase in numbers and offers for players, this will support a thriving industry as well as generating a positive impact on the health of the most vulnerable in Colombia.

In conclusion, a friendly regulatory environment that has allowed market participants in Colombia to sustain their operations and continue to grow despite the pandemic, as shown by the figures at the end of 2020, have made Colombia a stable country and an exemplar for the gaming market in Latin America. It will surely continue to grow exponentially under joint work between Coljuegos, operators and associations in the country.

After winning the correspondent public tender, Asensi Abogados was the official legal and regulatory law firm that advised Coljuegos during the drafting of the online gambling regulations.

News
Course at the Portuguese Catholic University
Event
Responsible Gaming is the only sustainable future for the industry
Article
Wounds sustained by the Spanish gaming industry may never heal
Article
Colombia is breaking records and leading the way as the first Latin American country to regulate online gambling.

Start your journey with Asensi

Contact the legal pioneers and most trustworthy team of lawyers in the gaming and gambling industry in Spain.

Contact Us
We use cookies on our website to give you the most relevant experience by remembering your preferences and repeat visits. By clicking “Accept All”, you consent to the use of ALL the cookies. However, you may visit "Cookie Settings" to provide a controlled consent.
Cookie SettingsAccept All
Manage consent

This website uses cookies to improve your experience while you navigate through the website. Out of these, the cookies that are categorized as necessary are stored on your browser as they are essential for the working of basic functionalities of the website. We also use third-party cookies that help us analyze and understand how you use this website. These cookies will be stored in your browser only with your consent. You also have the option to opt-out of these cookies. But opting out of some of these cookies may affect your browsing experience.
Necessary Always Enabled
Necessary cookies are absolutely essential for the website to function properly. These cookies ensure basic functionalities and security features of the website, anonymously.
Functional
Functional cookies help to perform certain functionalities like sharing the content of the website on social media platforms, collect feedbacks, and other third-party features.
Performance
Performance cookies are used to understand and analyze the key performance indexes of the website which helps in delivering a better user experience for the visitors.
Analytics
Analytical cookies are used to understand how visitors interact with the website. These cookies help provide information on metrics the number of visitors, bounce rate, traffic source, etc.
Advertisement
Advertisement cookies are used to provide visitors with relevant ads and marketing campaigns. These cookies track visitors across websites and collect information to provide customized ads.
Others
Other uncategorized cookies are those that are being analyzed and have not been classified into a category as yet.
SAVE & ACCEPT